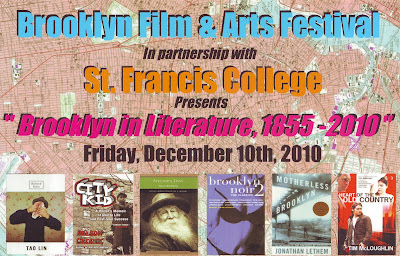 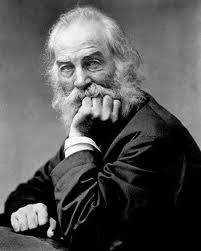 
The “Brooklyn in Literature, 1855 - 2010” program will address the theme of “The experience of Brooklyn life in writing.” Five authors will explore how a Brooklyn-centric perspective has been reflected in their work as well as the early Brooklyn literatur of Walt Whitman, H.P. Lovecraft and others.. The author’s will explore the notion of a distinctly Brooklyn-centric outlook in period and contemporary literature, as well as literary characters that have a uniquely Brooklyn-inspired context.

Tim McLoughlin, author of “Heart of the Old Country” and editor of the “Brooklyn Noir” series will discuss and read excerpts from - H.P Lovecraft's 'Horror at Red Hook ' , Thomas Wolfe's 'Only the Dead know Brooklyn' and Irwin Shaw's 'Borough of Cemeteries.' This important early literature is of critical historical importance for Brooklynites and some of those early literary strands will connect well with discussions of contemporary Brooklyn literature.

Dr. Ian Maloney is Associate Professor at St. Francis College and his first book, “Melville’s Monumental Imagination” came out in 2006. New York writing is his passion and particularly the writings of Herman Melville and Walt Whitman. Dr. Maloney has been selected for the Speakers in the Humanities Program (2003-2005) by the New York Council for the Humanities and is currently the Managing Editor of the Arthur Miller Journal, which is published at St. Francis College.

Tao Lin author of Shoplifting from American Apparel, published September 15, 2009; a novel, Eeeee Eee Eeee, and a short story collection, Bed, published simultaneously May 2007; two poetry collections, you are a little bit happier than i am, which won Action Books' December Prize in 2005 and was published November 2006, and cognitive-behavioral therapy, published May 2008. Tao Lin, a Brooklyn resident embodies a pioneering iconoclastic literary voice that embodies a cutting edge contemporary outlook that bridges the gap between blog-lit and performance art.

Nelson George is an author, producer, filmmaker and critic. Raised in Brooklyn, he has often drawn inspiration from Brooklyn-living for his writing including his memoir, 'City Kid.’ This autobiographical work looks at the connections between childhood in Brooklyn and his adult career in Manhattan, Los Angeles and Detroit.

Johnny Temple is the publisher and editor-in-chief of Akashic Books, an award-winning Brooklyn-based independent company dedicated to publishing urban literary fiction and political nonfiction. Temple won the American Association of Publishers’ 2005 Miriam Bass Award for Creativity in Independent Publishing. He is one of the founding members of the Brooklyn Book Festival and chairman of the Brooklyn Literary Council.

This program has been made possible with support from the New York Council for the Humanities and St. Francis College.

Special thanks to the Joyva Corporation. 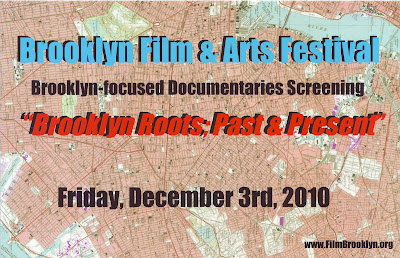 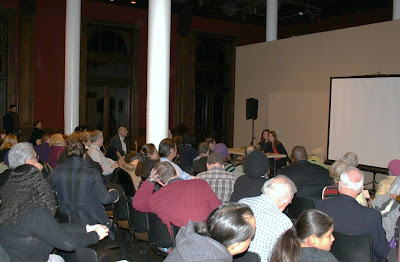 
The Brooklyn Film & Arts Festival is presenting two Brooklyn-focused programs in December, 2010. On December 3rd, 2010 in partnership with the Brooklyn Historical Society we will present three Brooklyn focused documentaries spanning 1964 to 2010 in a program titled, "Brooklyn Roots, Past and Present."

The documentaries screening at the December 3rd, 2010 Brooklyn Film & Arts Festival in partnership with the Brooklyn Historical Society will address the theme of “Brooklyn Roots; Past & Present.” The featured films of the Festival’s fourth year take us on deeply personal journeys of communities and people, whose souls are strongly rooted in the Brooklyn of yesterday and today.

“To Brooklyn and Back: A Mohawk Journey” (2009) is the personal story of Mohawk filmmaker Reaghan Tarbell as she explores her Brooklyn roots. The film tells the story of the legendary Mohawk steelworkers and their families who travelled to North Gowanus in Brooklyn from the Kahnawake reserve in Canada to build the skyscrapers of New York City. Reaghan Tarbell interweaves family interviews, and archival footage to convey the long-standing roots of the Mohawk people in Brooklyn. 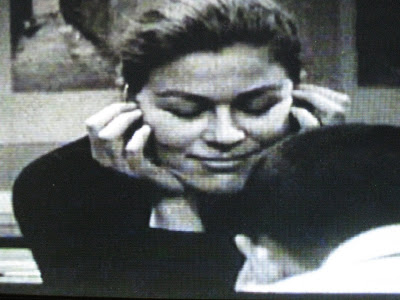 
“Incident on Wilson Street” (1964) A special education teacher, Pegi Gorelick, at P.S. 16 in Williamsburg, Brooklyn and her fifth-grade students face a crisis when one of the students, a girl, assaults another teacher. The film examines the complex social fabric and pressures that these Brooklyn children have to navigate as part of everyday life. The story involves parents, teachers, and students as they gain an understanding of the causes of the crisis, and work to improve the situation. Written and directed by William Jersey. (Shown in excerpted form). 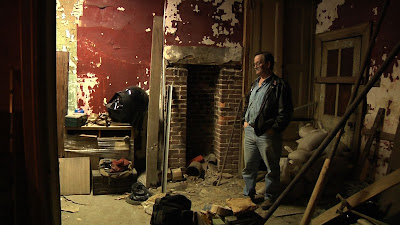 The Renovation (Jim in his childhood home in Brooklyn)
Photo: Lea Mathiesen

“The Renovation” (2010) Lea Mathiesen’s film introduces us to Jim, a longtime Brooklyn resident and Vietnam War veteran who undertakes the renovation of the Williamsburg house which is also his birthplace. Jim’s internal struggle with the spirits and memories of the departed inhabiting the house and his mind are illuminated in this compelling film.

Other Brooklyn short documentaries will also be presented. Filmmakers will be present for post-screening discussion.

Website: www.FilmBrooklyn.org
Posted by Author at 9:43 AM No comments: