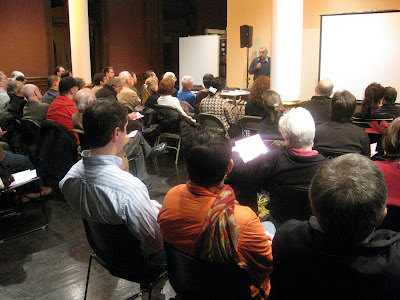 These remarkably compelling films are drawn from the BPL’s own Brooklyn Collection. The Brooklyn documentaries being screened vividly convey Brooklyn’s uniquely complex and vibrant cultural heritage through several decades, ranging from the 1960’s to 1980’s.


Who Grows in Brooklyn - (1969) Follows a bookmobile and the dedicated librarians who bring books to the inner city. Shows people of all ages using the bookmobile and becoming knowledgeable about the Brooklyn Public Library system.


Incident on Wilson Street - (1964) A special education teacher, Pegi Gorelick at P.S. 16 in Brooklyn and her fifth-grade students face a crisis when one of the students, a girl, assaults another teacher. The girl, who has a cleft palate, is often hurt by cruel remarks by other children. The story involves parents, teachers, and students as they gain an understanding of the causes of the crisis, and work to improve the situation.

Director Kevin Burns connects with Brooklynites of all stripes as they weigh-in on the legendary Barbra Streisand they once knew. Opinionated hairdressers, former schoolmates, music aficionados, beachgoers, cops, look-alikes, and others analyze and speculate about Barbra, and the influence of her Brooklyn roots on her persona. 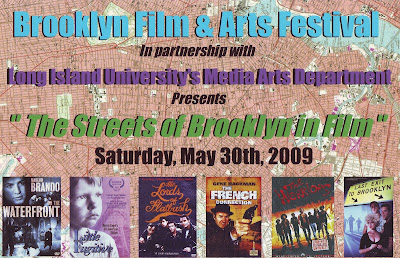 “The Streets of Brooklyn in Film” Conference May 30th, 2009 at Long Island University - Brooklyn Campus. 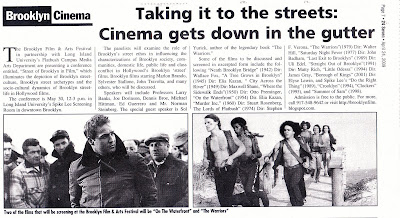 “The Streets of Brooklyn in Film” - Press coverage 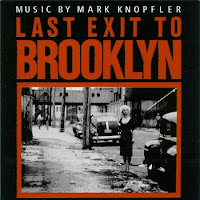 "The Lords of Flatbush"

The Brooklyn Film & Arts Festival in partnership with Long Island University’s Media Arts Department will present a conference titled, “The Streets of Brooklyn in Film” on Saturday, May 30th, 2009.

Admission is Free. Open to the general public.

This program was made possible by a grant from the New York Council for the Humanities.
Posted by Author at 1:23 AM No comments: